Working with a multi-disciplinary team across projects requires organization in every detail. Each team member gives their own contribution to a tidy project folder. 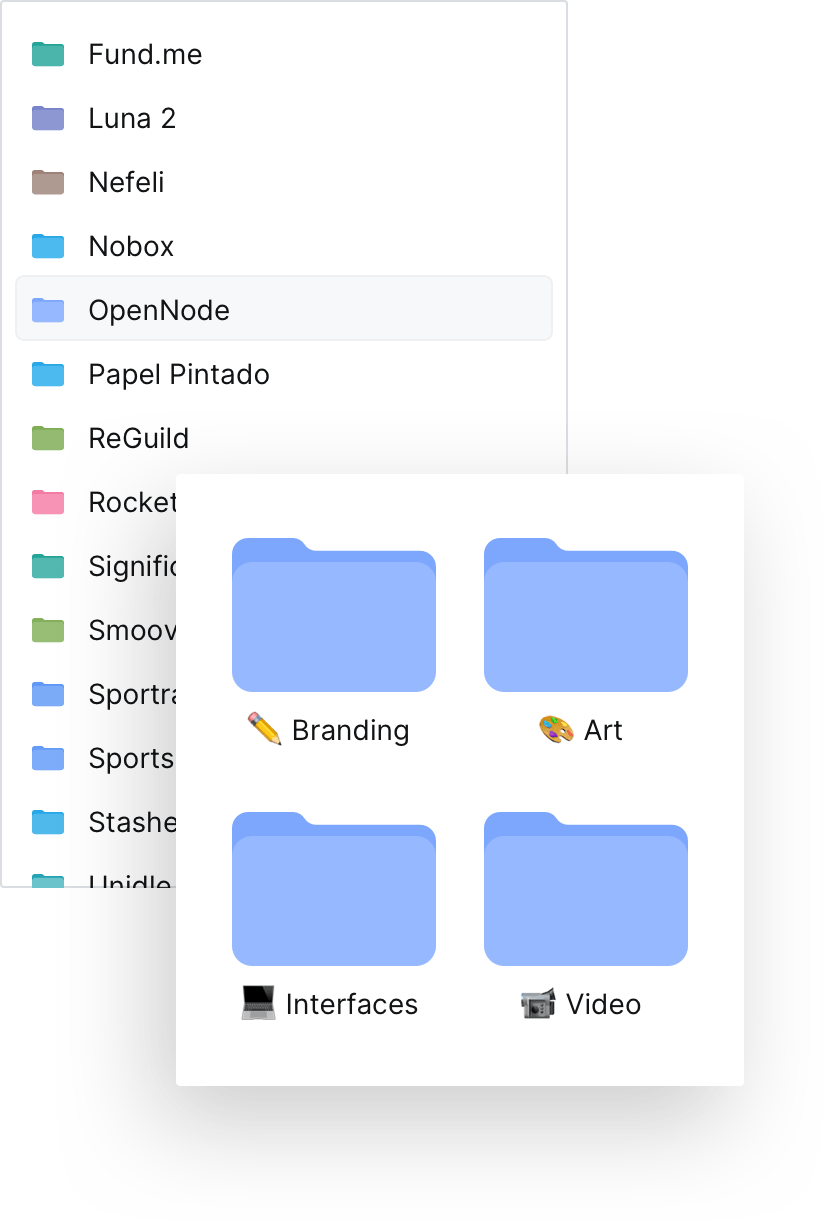 Keeping folders neat, with a consistent structure, will speed-up hand-offs and work interchange between team members.

Plus, if a team member gets replaced mid-project, the transition period will be shorter because everybody can pinpoint exactly where a certain file can be found.

The folder structure in place must be carried to every single project. We must make sure everybody is able to drill-down the folders at ease.

Besides the folder structure itself, there's another very important detail: naming files.

🗒 Side NoteYep, the emojis are meant to be kept. They help us quickly identify which folder is which.

Folder Naming has a set of a few simple rules:

Don't be afraid of over-using folders. Rather having more folders than having things thrown allover the place. Make use of them to keep things neat.

Every project will have its own folder on Significa's Google Drive. Make sure there's one for your project already, otherwise, feel free to create it and share it with the remaining team.

Inside the project folder, there will be a few top-level folders, which more often than not are ✏️ Branding, 🎨 Art, and 💻 Interfaces. There might be others, depending on the project scope, but you'll get the point because it works the same for all of them.

A level below, there will always exist a Workfiles and a Deliverables folder. This two sub-folders are mandatory and must be the only couple of children of the top-level folders.

On the majority of cases, the folders inside Worfiles and Deliverables will be the same. After all, any work being done will eventually get delivered.

🗒 Side NoteA Deliverable isn't necessarily a piece of work that gets shared with the client. An illustration is a deliverable form the illustrator to the Designer or the Developer.

The number of deeper layers depends on the project characteristics. There's no point in detailing every single sub-folder because it changes from project to project.

Nevertheless, the key point is about using your judgment. Create as many folders as you find necessary. Keep in mind that other people might take over from where you left-off so make sure they'll be able to understand the structure.

Here's an example of how a folder can look like.

Version Folders exist to clear the work files folders of any unnecessary pollution. Re-working on a feature? Duplicate the latest version of the work file, change its version and move the original file the Versioning Folder.